Many bacteria are armed with nano-spearguns, which they use to combat unwelcome competitors or knockout host cells. The pathogen responsible for tularemia, a highly virulent infectious disease, uses this weapon to escape from its prison in cells defending the host. Researchers from the Biozentrum of the University of Basel report on this bacterial strategy in the current issue of “Nature Communications”. 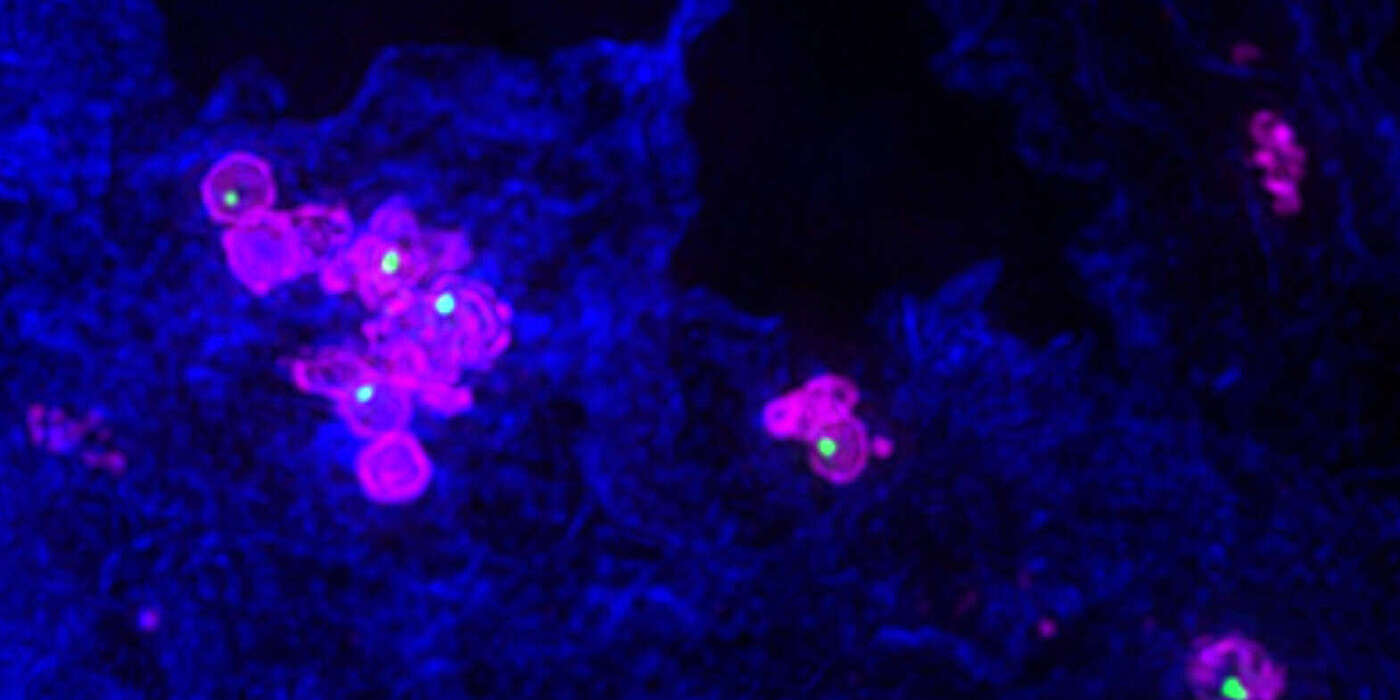 Tularemia is an infectious disease that mostly affects rabbits and rodents, but also humans can become infected. The cause of this serious disease is the bacterium Francisella tularensis. The infection biologists led by Prof. Marek Basler and Prof. Petr Broz, from the Biozentrum of the University of Basel, demonstrate on a Francisella subspecies which is harmless to man, how these bacteria escape from digestive vesicles in defense cells using a nano-speargun.

Tularemia: a serious infectious disease
This zoonotic disease can spread to humans mainly through parasites such as ticks and fleas or by airborne infection. Without medical treatment, the disease can be fatal. “The mortality rate can be as high as thirty percent,” explains Broz. “Inhaling as little as a dozen Francisella bacteria is sufficient to get infected.” Since the pathogen is highly contagious and can spread rapidly through the air it has been included in the arsenal of biological weapons.

Pathogen has its own “weapon
The bacterium Francisella, however, has an efficient “weapon” of its own – the so-called type VI secretion system (T6SS) - which basically works like a spear gun. The bacterium uses this nano-machine to escape from their “prison” in the phagocytes. These defense cells “ingest” pathogens that invade the body, enclosing them in small vesicles and digest them completely. However, by using the T6SS, Francisella disrupts these digestive vesicles and escapes into the cytosol, an environment where it can rapidly replicate.

Molecular speargun to escape from “prison”
The two research groups have now investigated the assembly and function of the T6SS in Francisella. In their study they have shown that the pathogen recycles its weapon. “After firing the speargun, it is immediately disassembled into its individual components. The bacterium then uses these components again to assemble a new T6SS,” says Basler. “With this weapon, the bacteria puncture the vesicle membrane, in which they are enclosed, and deliver toxic proteins into the cytosol of the immune cell.”

These so far uncharacterized effectors then disrupt the vesicle. This enables the bacteria to escape from their “imprisonment” and prevent their digestion. If they lack these effector proteins, they have no chance of escape. The T6SS as well as the toxic proteins are important virulence factors, as they are crucial e for the bacterium’s success in an infection. Once the bacteria reach the cytosol, the fight is not yet over, as they need to successfully evade recognition and elimination by powerful innate immune responses.