Stem cells persist in the adult mammalian brain and generate new neurons throughout life. The research group of Prof. Fiona Doetsch at the Biozentrum, University of Basel, reports in the current issue of "Science" that long-distance brain connections can target discrete pools of stem cells in their niche and stimulate them to divide and produce specific subtypes of olfactory bulb neurons. This allows the “on-demand” generation of particular types of neurons in the adult brain. 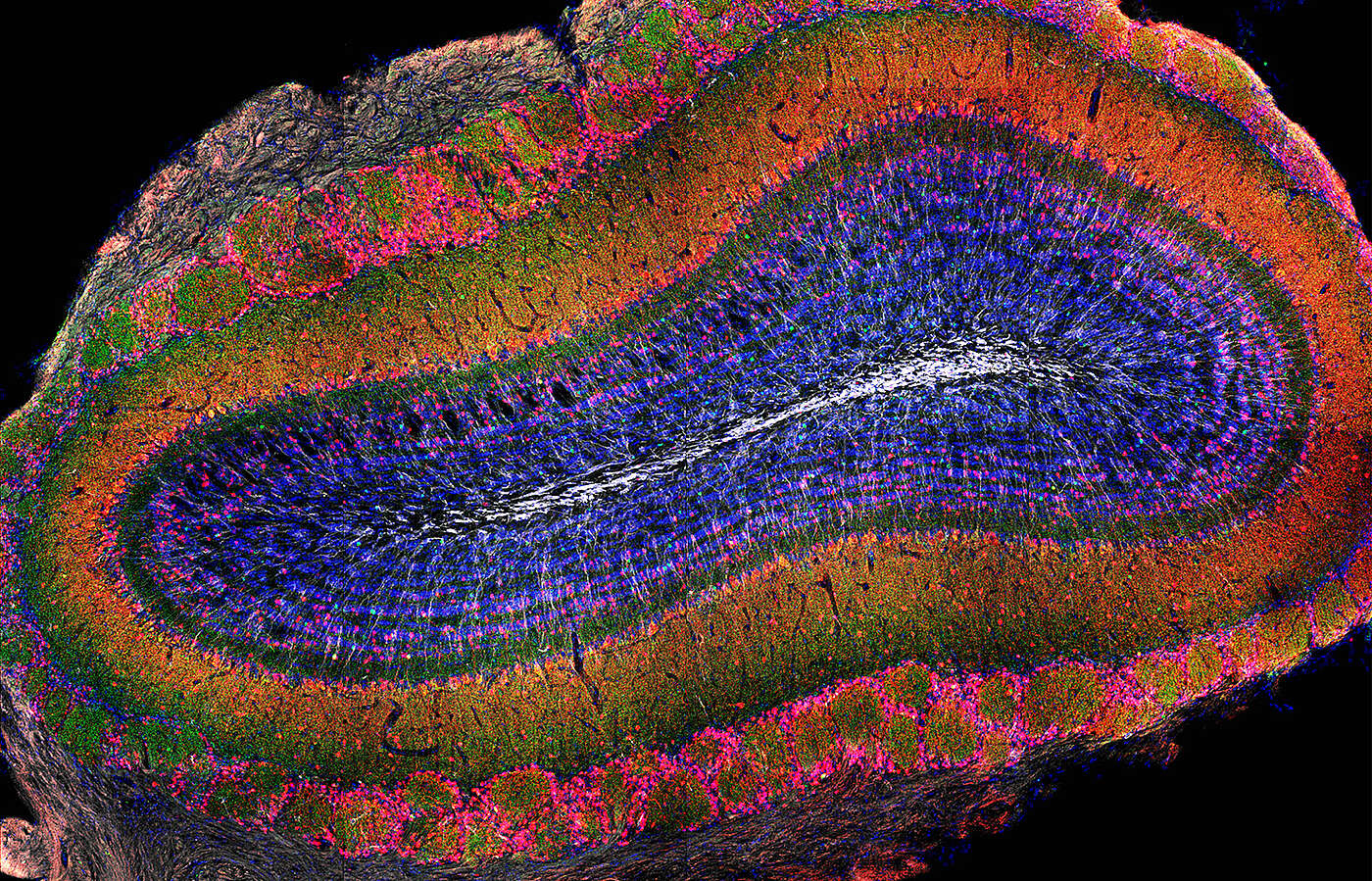 New neurons (white) enter the olfactory bulb, a part of the brain that processes odor signals.

Our brain generates new neurons throughout life. A diversity of stimuli promotes stem cells in their niche to form neurons that migrate to their place of action. In an animal model Prof. Fiona Doetsch’s team at the Biozentrum of the University of Basel has now been able to show that feeding-related neurons in the hypothalamus, a brain control center for many physiological functions, stimulate a distinct type of stem cell to proliferate and mature into specific nerve cells in response to feeding.

Stem cell activation over long distances
Each stem cell has its own identity, depending on its location in the subventricular zone. While new neurons are continuously generated, whether niche signals act to control different pools of stem cells is unknown. “We have uncovered a novel long-distance and regionalized connection in the brain between the hypothalamus and the subventricular zone, and show that physiological states such as hunger and satiety can regulate the recruitment of specific pools of stem cells and in turn the formation of certain neuron subtypes in the olfactory bulb,” explains Doetsch. When the animals fasted, the activity of the nerve cells in the hypothalamus decreased and with it also the rate of proliferation in the targeted stem cell population. This returns to normal levels when the animals feed again. The division of stem cells can be controlled by changing the activity of feeding-related neurons.

The researchers reported further that the targeted stem cell subpopulation gives rise to deep granule cells in the olfactory bulb, which may provide a substrate for adaptive responses to the environment.  The results of the study raise the exciting possibility that neural circuits from diverse brain regions can regulate different pools of stem cells in response to various stimuli and states.