The research group of Prof. Christoph Dehio at the Biozentrum, University of Basel, has discovered that Bartonella bacteria exchange genes efficiently using a domesticated virus encoded in their genome. As the findings published in "Cell Systems" demonstrate, the exchange of genetic material only takes place between bacteria with a high level of fitness. The gene transfer between pathogens prevents the accumulation of genetic defects, promotes the spread of beneficial gene mutations and thus keeps the bacteria fit. 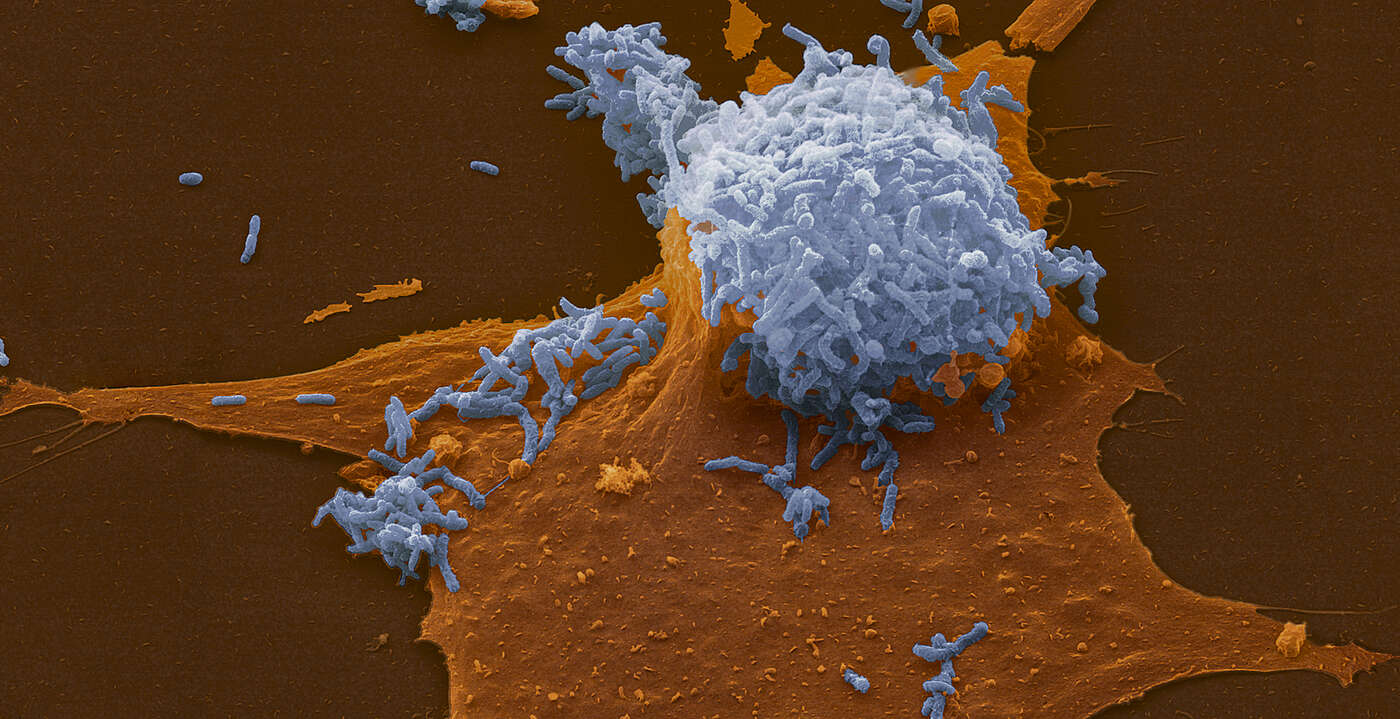 Bartonella are bacteria that can cause diverse infectious diseases in man, such as cat-scratch disease. In order to prevent the accumulation of mutations during the infection cycle, pathogens require efficient DNA repair mechanisms. Therefore, the sharing of intact genes within bacterial populations plays an important role, as errors in the gene pool can be eliminated and the genetic material kept fresh. In collaboration with the ETH Zurich Prof. Christoph Dehio’s team at the Biozentrum, University of Basel, has discovered that for the efficient exchange of genes Bartonella use virus-like particles, so-called gene transfer agents. They also demonstrated that damaged bacteria are excluded from this gene transfer process and so it is much less likely that detrimental genetic material is spread in the population.

As the bacterial populations grow, bacteria divide regularly. For each cell division the genome is duplicated and passed on to the two daughter cells. Errors creep in regularly during this recurrent process. Only efficient repair mechanisms, including the exchange of flawless genetic material, can prevent the accumulation of genetic aberrations. In short: The genetic material is kept fresh. "A further evolutionary advantage of gene transfer agents is the spread of new genetic material throughout the bacterial population, endowing it with new properties. This may also include antibiotic resistance," explains Dehio. But this survival advantage for bacteria means, on the other hand, a threat to humans.

Only the fittest bacteria transfer genes
It has long remained unknown how the exchange of genetic material between bacteria using gene transfer agents works and how it is regulated. In their study, Dehio’s team has comprehensively identified the involved components. In particular, stress signals are key players in this process. Only bacteria in good condition exchange genetic material, whereas bacteria stressed as result of unfavorable gene mutations do not transfer genes. "In other words only the fittest and genetically most promising bacteria in a population divide and exchange genetic material. In genetically weakened and therefore stressed bacteria this mechanism is switched off," says Maxime Quebatte, the first author of the study. The sharing of intact genetic material endows the fittest part of a bacterial population to persist in the host and to be passed onto new hosts successfully. This knowledge may in turn be used to develop new strategies to combat infections caused by the pathogen Bartonella.