The research groups led by Prof. Dirk Bumann at the Biozentrum, University of Basel, and Dr. Nina Khanna at the Department of Biomedicine, University of Basel and University Hospital Basel, have clarified the role of the enzyme MPO. In fighting infections, this enzyme, which gives pus its greenish color, produces a highly aggressive acid that can kill pathogens without damaging the surrounding tissue. The findings, published in the current issue of "Nature Microbiology", may provide new approaches for immunity strengthening therapies. 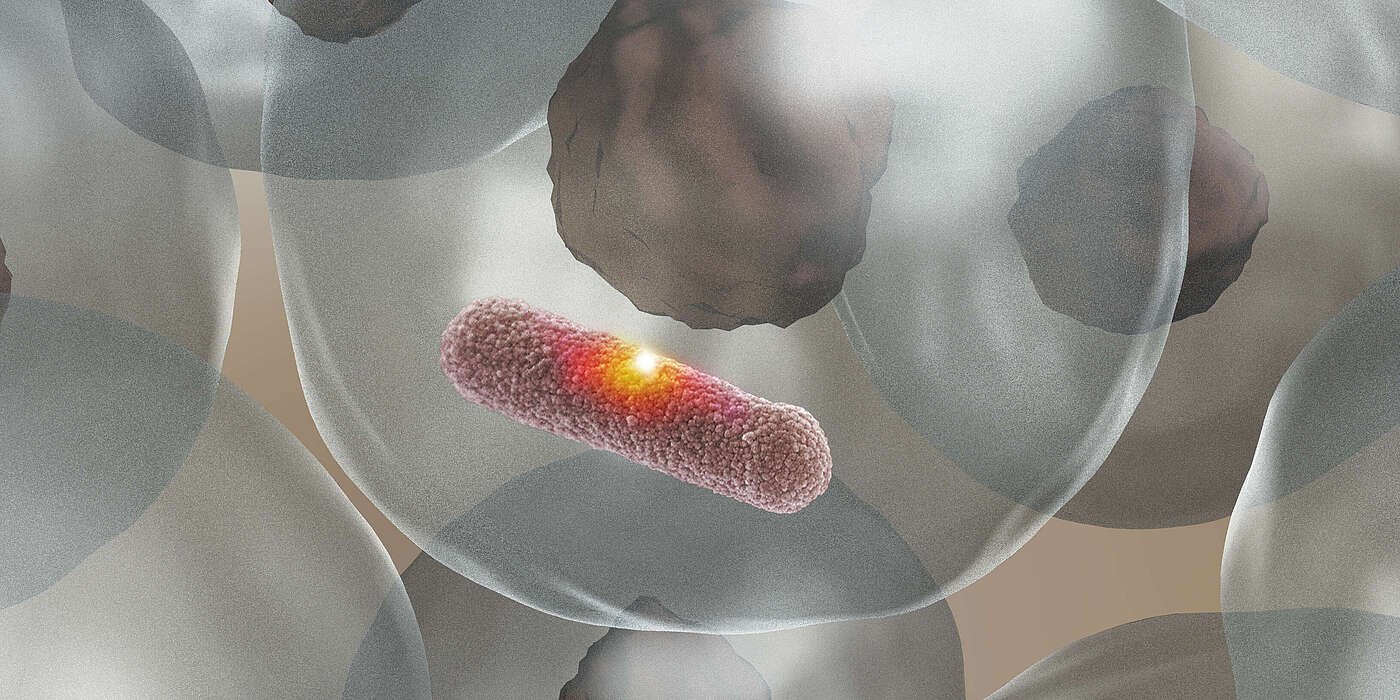 The enzyme MPO produces an aggressive acid which burns a hole into the bacterial cell envelope and kills the bacterium without damaging the surrounding tissue.

In the human body’s fight against bacterial pathogens, white blood cells are in the front line. They identify and ingest the invaders, and render them harmless using highly toxic substances. It is important that these substances only destroy bacteria but cause as little collateral damage as possible to the surrounding tissue.

The research groups headed by Prof. Dirk Bumann (Biozentrum) and Dr. Nina Khanna (DBM) discovered how white blood cells solve this difficult task. They produce an enzyme, myeloperoxidase (MPO), which attaches directly to the surface of the bacterium where it produces an extremely aggressive acid. The acid reacts instantly in the immediate environment, burning a hole into the bacterial cell envelope which kills the bacterium. In combating bacterial infections, the enzyme acts like a sniper: Equipped with highly explosive ammunition, it targets extremely precisely, without causing collateral damage to their surroundings.

The function of MPO – the greenish color in pus
White blood cells fight bacterial invaders by producing hydrogen peroxide – a toxic substance, which is generally known for its use in bleaching hair. The enzyme MPO then converts hydrogen peroxide into hypochlorous acid. This acid, which is highly aggressive, immediately reacts on the surface of the bacteria and kills the invader. "Bacteria are helpless against this acid bomb," explains Dirk Bumann. "As hypochloric acid is so highly reactive, the bomb reacts immediately with the closest biomolecules. It is ignited locally and does not spread to the wider surroundings. The bacteria die and the surrounding tissue is spared." These findings enabled the research team to elucidate the precise function of the enzyme MPO, which is responsible for the greenish color seen in pus.

Long-term effects of collateral damage have not been sufficiently investigated
In their study, the researchers also investigated cells from humans who lack the enzyme MPO due to a genetic defect. This defect affects around one in 5000 people, making it quite rare. In these individuals, the hydrogen peroxide is not converted into hypochlorous acid and accumulates until it leaks out into the blood cells as well as the surrounding tissue. "The bacteria are still killed even without MPO. However, not only the bacteria but also the blood cells and their surroundings are damaged," explains Bumann. The collateral damage of blood cells and tissues without MPO may cause long-term consequences such as accelerated aging and cancer, but this has not yet been systematically investigated," adds Nina Khanna.

MPO – an enzyme with two faces
"As we are confronted by fewer infections today than in the past when MPO evolved, the collateral damage issue and its control by MPO might play less important roles," says Khanna. On the other hand, it may be possible to develop new treatment strategies to fight bacterial infections, which support the immune response by strengthening the MPO mechanism. "Currently, only drugs that do the opposite and inhibit MPO are being developed. The reason is that MPO can have negative effects in the case of heart disease," points out Dirk Bumann. However, if such MPO inhibitors were used broadly, patients with infections might suffer.