Prof. Michael N. Hall from the Biozentrum of the University of Basel has been honored by the Senate of the Hebrew University of Jerusalem with the degree of Doctor Philosophiae Honoris Causa. With this distinction, the university acknowledges his groundbreaking discovery of “TOR” and its role in choreographing the most elemental processes of life. 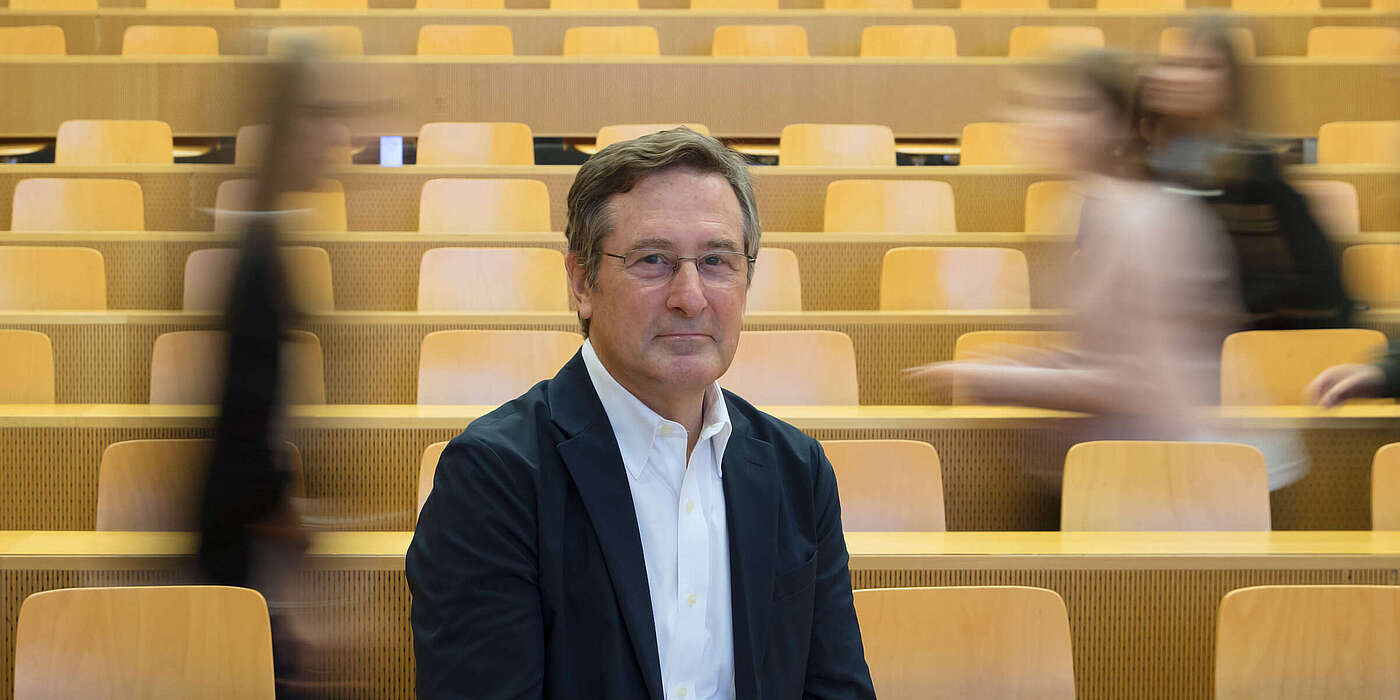 The Hebrew University of Jerusalem has awarded an honorary doctorate to Prof. Michael N. Hall in recognition of his extraordinary scientific achievements, in particular, of his discovery of the protein kinase TOR and the elucidation of its role as a central controller of cell growth.

“Hall’s work has fundamentally changed how one thinks of the process of cell growth, showing that cell growth is a highly regulated, plastic process controlled by TOR-dependent signaling pathways, rather than a passively regulated, spontaneous process that just happens when nutrients are available,” says the President of the Hebrew University, Prof. Asher Cohen, explaining the decision of the senate. “His research has led to a molecular understanding of many growth-related physiological processes and paved the way for the development of important drugs for the treatment of serious human diseases.”

Discovery of TOR – a major milestone in basic research
“I am delighted. Indeed, it is a special honor to be recognized by the Hebrew University, an outstanding institution dedicated to scholarship at the highest level,” says Hall, who has been working at the Biozentrum for more than thirty years. Here, he discovered the protein kinase TOR – Target of Rapamycin - and elucidated its central role in cell growth control.

“It all began when we found the molecular target of the immunosuppressive and anticancer drug rapamycin,” relates Hall, recalling the early days of his research. “Unexpectedly, it then became obvious that this protein kinase is a key player in regulating cell growth and metabolism.” The discovery of TOR and its signaling network was not only a major milestone in basic research but also proved to be of clinical relevance. TOR has been implicated in aging and in a wide variety of diseases such as diabetes, cancer and cardiovascular disease.

Distinguished scientist
Hall has authored almost 300 scientific papers, served on the editorial boards of various scientific journals and has received numerous important awards such as the Marcel Benoist Prize (2012), the Breakthrough Prize in Life Sciences (2014), the Canada Gairdner International Award (2015), the Albert Lasker Award (2017), and last year the Sjöberg Prize. In receiving a Doctor honoris causa conferred by the Hebrew University of Jerusalem, Hall joins a circle of leading personalities, including the physicist Albert Einstein, the former US president Bill Clinton, Israel’s first president Chaim Weizmann, the artist Marc Chagall as well as the German chancellor Angela Merkel.