Together with a team of international experts, Prof. Silvia Arber at the Biozentrum, University of Basel, and the Friedrich Miescher Institute for Biomedical Research (FMI) receives 8 million Swiss Francs from the Aligning Science Across Parkinson's (ASAP) initiative to investigate Parkinson's. The aim is to uncover how the early stages of this disease impacts the activities of neuronal circuits regulating movement and sleep. The results may lead to earlier diagnoses and therapies. 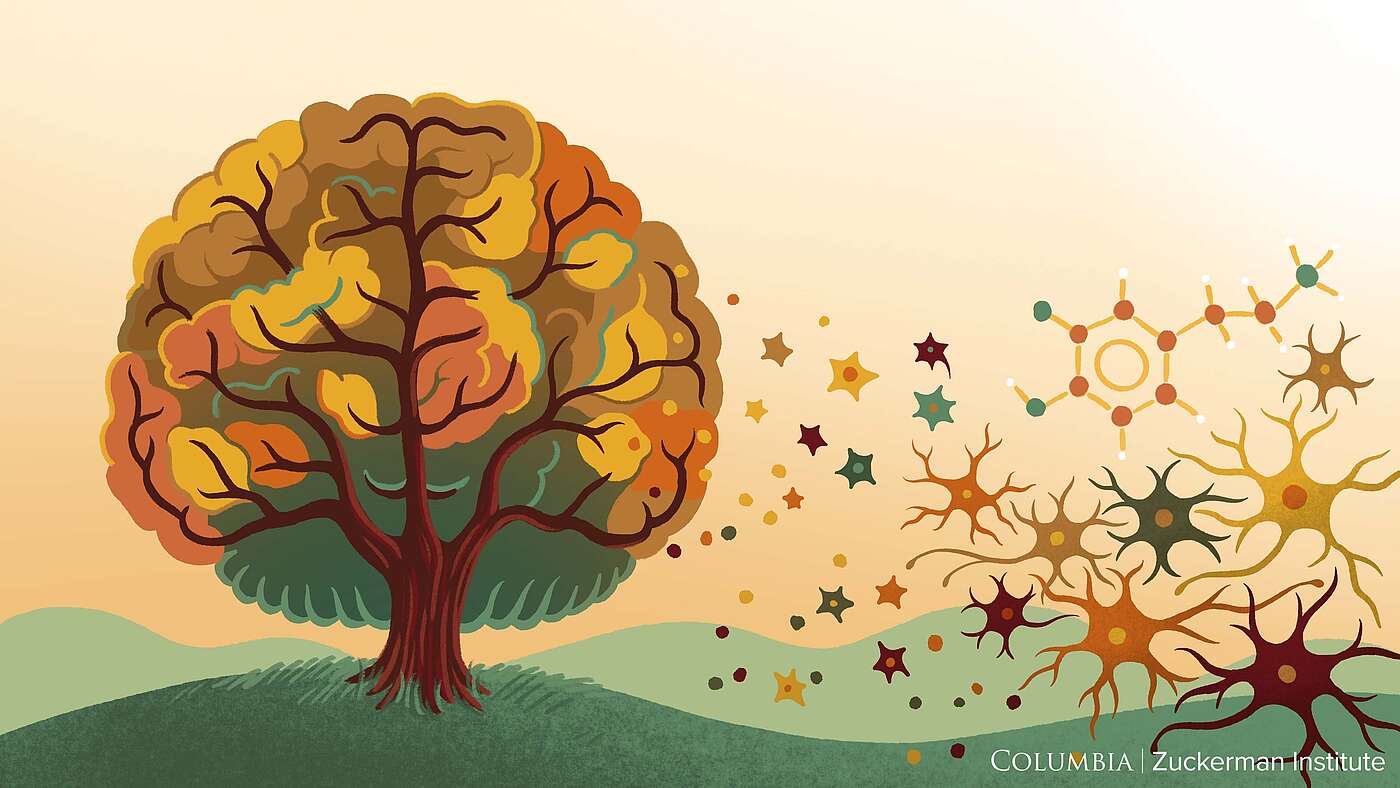 Illustration of Parkinson’s disease which makes the brain gradually loosing dopaminergic neurons like a tree its leaves.

The new project funded by ASAP brings together researchers from the Biozentrum of the University of Basel and FMI, and the US-based universities Northwestern, Columbia, Berkeley and Stanford.

“Each team selected for the Collaborative Research Network brings unique expertise and perspective to ASAP’s mission of tackling key knowledge gaps in disease understanding through open science,” says ASAP managing director Ekemini Riley, PhD. Such research will help to better understand the disease and could lead to much earlier diagnosis and therapies for Parkinson's.

Parkinson's disease is a progressive disorder that slowly disrupts the function of brain circuits controlling movement and other aspects of daily life, including sleep. This age-related disease has become the fastest growing neurological disorder in the world, in part because people are living longer. From 1990 to 2015, the number of people with Parkinson's doubled to more than 6 million, and this number is projected to double again to more than 12 million by 2040.

"We want to understand how neuronal circuits in the brain gradually change throughout the disease, including early stages when the symptoms are still very subtle. This approach will allow us to understand which changes occur in the brain over time. Our lab will focus on movement-related aspects of the disorder, and we are very excited to be able to apply some of our basic science insights to this project," says Silvia Arber, whose research team will be provided with a total of CHF 1.6 million from the project.

The three-year award from ASAP will help support research on mice that experience movement problems and sleep disorders that progress in stages, similar to what happens in people with Parkinson's disease. By analyzing how different brain circuits gradually change over time to affect movement and sleep, the researchers will investigate whether early versus late stages of the disease are mediated by different circuits.

ASAP is a coordinated research initiative to advance targeted basic research for Parkinson’s disease. Its mission is to accelerate the pace of discovery and inform the path to a cure through collaboration, research- enabling resources, and data sharing. The Michael J. Fox Foundation for Parkinson’s Research is ASAP’s implementation partner and issued the grant.

More information about the ASAP initiative