They are at the forefront in the fight against viruses, bacteria, and malignant cells: the T cells of our immune system. But the older we get, the fewer of them our body produces. Thus, how long we remain healthy also depends on how long the T cells survive. Researchers led by Prof. Jean Pieters of the Biozentrum, University of Basel, have now uncovered a previously unknown signaling pathway essential for T cell viability. 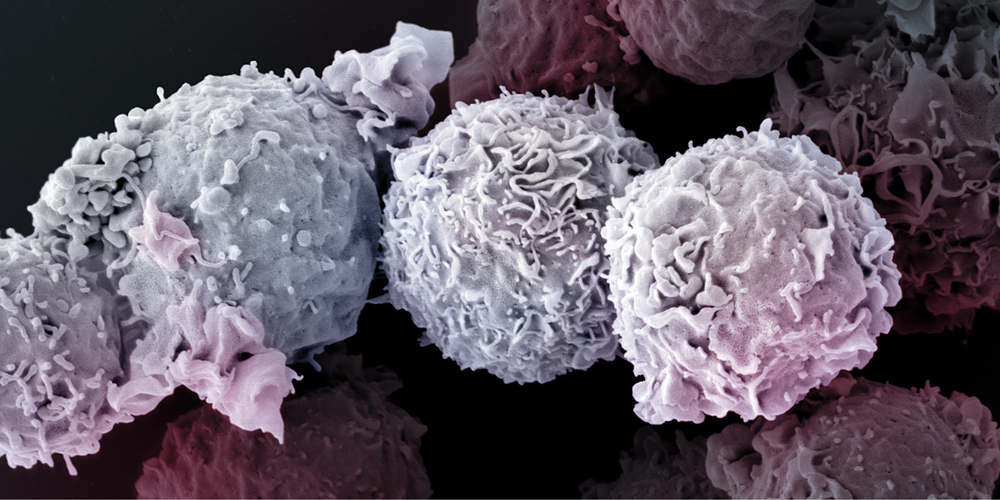 Like human beings, every cell in our body tries to ward off death as long as it can. This is particular true for a specific type of immune cells, called T-lymphocytes, or T cells for short. These cells keep viruses, bacteria, parasites and cancerous cells at bay. While T cell production is an active process in infants, children and young adults, it comes to a gradual stop upon aging, meaning that in order to maintain adequate immunity up to an old age, your T cells should better live as long as you.

How T cells manage to survive for such a long time, up to several decades in humans, has long remained unclear. In collaboration with scientists at the Department of Biomedicine and sciCORE, the Center for Scientific Computing of the University of Basel, Prof. Jean Pieters’ research group at the Biozentrum has now revealed the existence of a hitherto unrecognized pathway promoting long-term survival of T cells. In “Science Signaling” they report that this signaling pathway, regulated by the protein coronin 1, is responsible for suppressing T cell death.

Coronin 1 enables long-term survival
In earlier research, Pieters’ team and others had shown that coronin 1 is essential for the survival of peripheral T cells while being dispensable for their production and maturation. In their current study, the team has now been able to show that pathways previously thought to be implicated in T cell survival were in fact independent of coronin 1, and they furthermore uncovered a hitherto unknown coronin 1-driven signaling pathway that regulates T cell survival.

To hunt down this coronin 1-dependent pathway, the researchers established a procedure to collect highly pure T cells and subsequently analyzed the whole set of RNA molecules in normal and coronin 1-deficient T cells. “Somewhat unexpectedly, in-depth bioinformatic analysis of the many gigabytes of data did not reveal any difference between these two groups of T cells. That’s when the Covid-19-induced lock down came in,” says Pieters, the lead author. “So, I decided to use the home-office time to sift through the many tables and lists of genes to see if there were any correlations with known signaling pathways whose deregulation could explain the disappearance of T cells upon coronin 1 depletion.”

Researchers reveal unrecognized pathway
Strikingly, there was a positive match linking coronin 1-dependent T cell survival to a pathway involving the modification of the plasma membrane composition by the lipid kinase PI3Kdelta. Together with PI3K expert Prof. Matthias Wyman at the Department of Biomedicine, the researchers were able to put together the pieces of the puzzle, leading to their realization that coronin 1 maintains PI3Kdelta activity and, in this way, suppresses T cell death.

“It will now be exciting to follow up on these findings, not only to understand the role of other members of the coronin protein family in cell survival, but also how cell populations, such as circulating T cells in blood, are being maintained long-term,” says Pieters. Finally, given the importance of T cells for regulating processes as diverse as viral and microbial pathogen resistance, tumorigenicity and autoimmunity, this work may contribute to a better control of both appropriate as well as undesirable T cell activities.