This year, two young scientists from the Biozentrum, University of Basel, will receive a much coveted SNSF Ambizione Grant. Alexander Harms is investigating how bacterial viruses can be applied to fight chronic infections caused by antibiotic-tolerant pathogens. Shinya Matsuda is pursuing the question of how cells get their identity during development. The two projects will each receive more than 900,000 Swiss francs over four years. 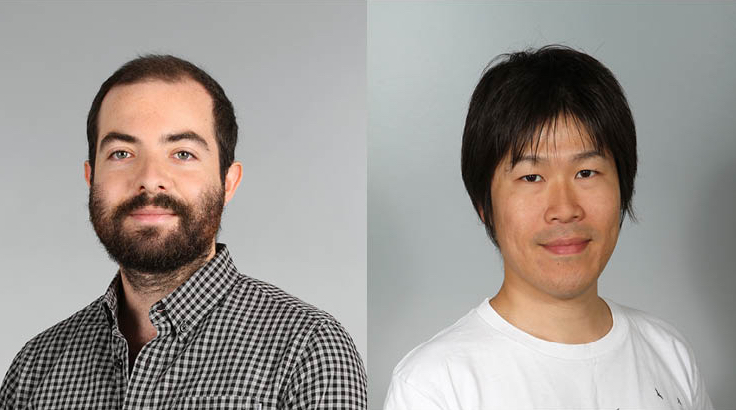 Alexander Harms, project leader in Urs Jenal's group, is one of the two SNSF Ambizione Fellows. He studied at the Biozentrum of the University of Basel and earned his PhD in the group of Prof. Christoph Dehio. In 2015, the former Biozentrum PhD Fellow was awarded the J.C.W. Shepherd PhD Student Prize for Scientific Excellence for his PhD thesis. Subsequently, Harms worked at the University of Copenhagen for two years funded by an EMBO Long-Term Fellowship. In his current project "Phages to the front: Exploiting bacterial viruses to control antibiotic-tolerant infections", he is investigating bacterial viruses and their ability to eliminate antibiotic-tolerant pathogens in order to pave the way for the development of novel treatments to cure chronic and recurrent infections. The project will be supported with 900,000 Swiss francs over the next four years.

The second Ambizione recipient, Shinya Matsuda, is a project leader in Prof. Markus Affolter's group and works on the development and growth of organs. His project entitled "Investigating organ patterning and growth by the Dpp/BMP morphogen gradient using novel synthetic receptors" will be funded with a contribution of around 950,000 Swiss francs. In the next four years, Matsuda will investigate how cells acquire their proper identity during development. The Japanese researcher studied at the University of Tokyo. After receiving his PhD from the University of Helsinki, he worked as a postdoctoral researcher at the Biozentrum supported by an Overseas Research Fellowship from the Japan Society for the Promotion of Science (JSPS) and the Research Fund of the University of Basel.

Alexander Harms and Shinya Matsuda are two of a total of 90 scientists in Switzerland receiving an SNSF Ambizione Grant this year. In total, 288 Ambizione applications were submitted to the SNF. The Ambizione Grants give young scientists the opportunity to carry out their own research project. The funding instrument is aimed at qualified researchers from all disciplines who wish to conduct, manage and lead an independent project at a Swiss higher education institution. The grants are awarded for a maximum of four years.