In the body, the so-called programmed cell death prevents cells with irreparable damage from surviving and turning into cancer cells. In the “EMBO Journal”, the team led by Prof. Mihaela Zavolan at the Biozentrum, University of Basel, reports how a certain protein variant thwarts the self-destruction and thus promotes the growth of breast cancer cells. 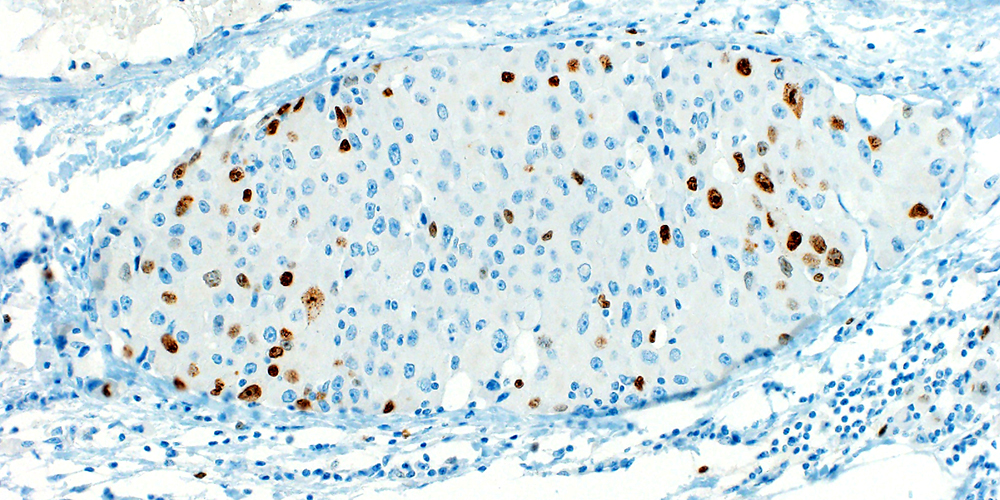 Breast cancer is by far the most frequent type of cancer affecting women and a leading cause of death, despite advances in its detection and treatment. There are different forms of breast cancer and the causes are just as varied. One reason for the development of cancer, among others, is that cells that have accumulated defects have lost the ability to destroy themselves.

In the current study, the researchers led by Prof. Mihaela Zavolan at the Biozentrum of the University of Basel demonstrate for the first time that two variants of the protein Argonaute 1 which differ in length have an influence on whether the cell’s suicide program is initiated or not. Applying the knowledge about this newly uncovered link may lead to ways to limit tumor growth.

Protein variant prevents apoptosis of breast cancer cells
Programmed cell death, also known as apoptosis, is an important process in the body to remove old, malfunctioning and dangerous cells. Along with the uncontrolled proliferation of aberrant cells, impairment of apoptosis is an important cause of cancer. The team led by Zavolan has now discovered a novel, longer form of the protein Argonaute 1 that is more abundant in breast cancer cells and, unlike the previously-known shorter variant, inhibits apoptosis and thus promotes proliferation of tumor cells.

“In tumor cells, the long Argonaute protein, called AGO1x, moves into the cell nucleus and, together with a partner protein, prevents the accumulation of small double stranded RNA molecules, which seem to be generated in larger numbers as cells divide,” says Zavolan. By removing these RNAs, the long Argonaute 1 deprives the cell of an important apoptosis signal and, in effect, ensures that the cancer cells remain vital and continue to proliferate.

Unrecognized stop signal leads to production of long protein
Normal cells mainly generate the short form of Argonaute 1. In breast cancer cells, however, the “stop” signal that determines the length of the protein is often “ignored”, leading to the production of the long Argonaute variant.
As this mechanism enables aberrant cells to escape self-destruction, eliminating the long Argonaute 1 protein could be a novel approach to reactivating apoptosis in cancer cells and limiting tumor growth.