On October 11th, 2022, the Swiss High-field NMR Facility was inaugurated with a scientific symposium at the Biozentrum of the University of Basel. The new technology platform is operated jointly by the Universities of Basel and Zurich and the ETH Zurich and offers researchers around Switzerland access to cutting-edge technology in the field of nuclear magnetic resonance (NMR) spectroscopy. 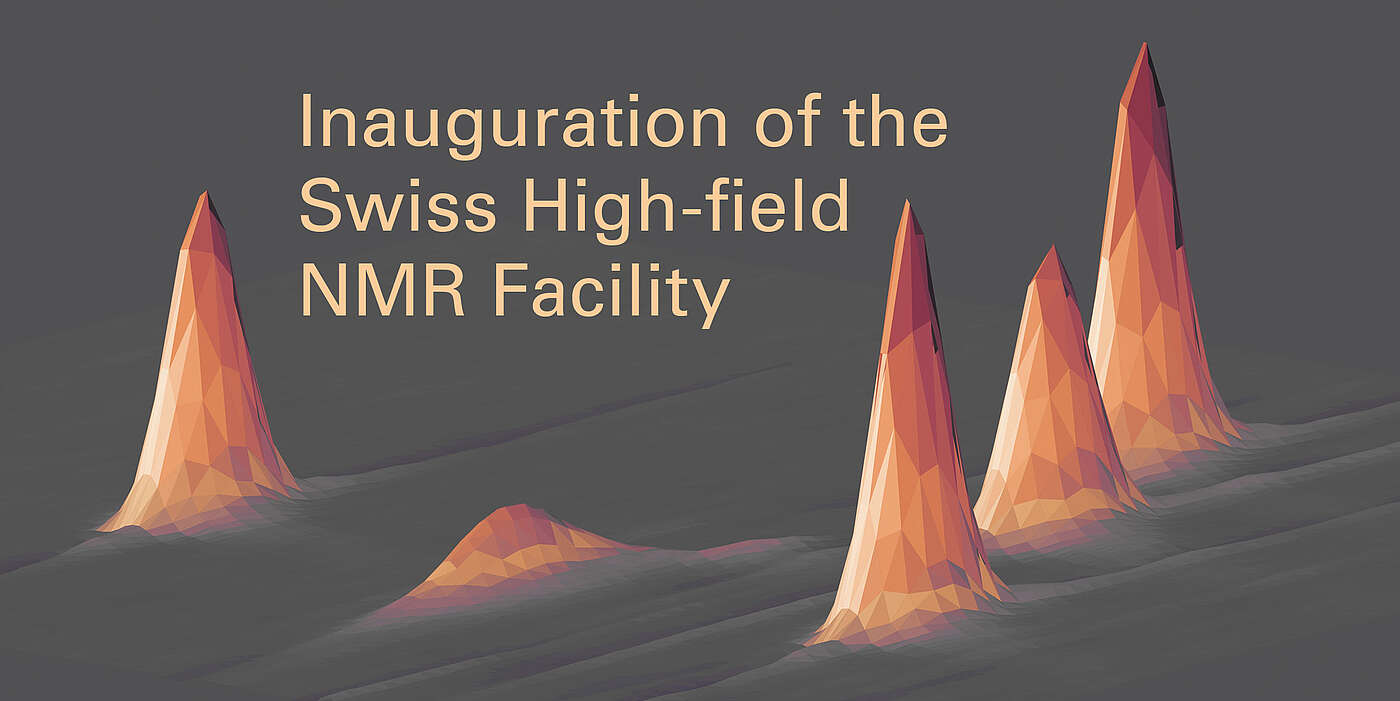 The opening of the new Swiss High-field NMR Facility was attended by high-ranking representatives of the three participating universities, invited guests from academia and industry along with scientists working in the fields of structural biology and NMR spectroscopy. “With the new facility, we are operating a fantastic infrastructure,” says the structural biologist Sebastian Hiller, Professor at the Biozentrum of the University of Basel.

Since the 1980’s, NMR spectroscopy has been one of the most important technologies for resolving the molecular structure and function of biomolecules down to the level of a single atom. Along with the three dimensional structure, it also provides important information about how molecules move and change their shape when they interact with partners. The technology is also used in drug development.

“Using high-field NMR spectroscopy, we were able to elucidate the mode of action of new antibiotic in bacteria,” reports Hiller about his research on bacterial membrane proteins. “With this new class of antibiotics, it becomes possible to successfully combat even difficult-to-treat infections with resistant pathogens. This is a major breakthrough in antibiotic research.”

With the high-tech instruments at the newly launched Swiss High-field NMR Facility, researchers can zoom more deeply into molecular structures and study very large and complex biomolecules more accurately and precisely. The technology platform, jointly operated by the Universities of Basel and Zurich along with the ETH Zurich, is part of the national research infrastructure and ensures that Switzerland can continue to play a leading role in structural biology research.

A total of five high-field NMR instruments are available to researchers from academia and industry at the Basel site with the Biozentrum and Zurich at the Department of Chemistry on the Campus Irchel. The most advanced and currently the most powerful device on the market, a 1.2 gigahertz NMR Spectrometer, will be installed at the Zurich campus in 2023. “This is cutting-edge technology at its best,” says Hiller. “With this instrument we will be able to move into even smaller dimensions.”