Prof. Médéric Diard from the Biozentrum of the University of Basel has been honored with an ERC Consolidator Grant, a highly competitive award from the European Research Council (ERC) for excellent scientists. In his project “ECOSTRAT”, funded with about 2 million euro for five years, he will study the evolution and colonization strategies of multidrug-resistant gut bacteria in order to identify novel antibiotic-free treatment approaches. 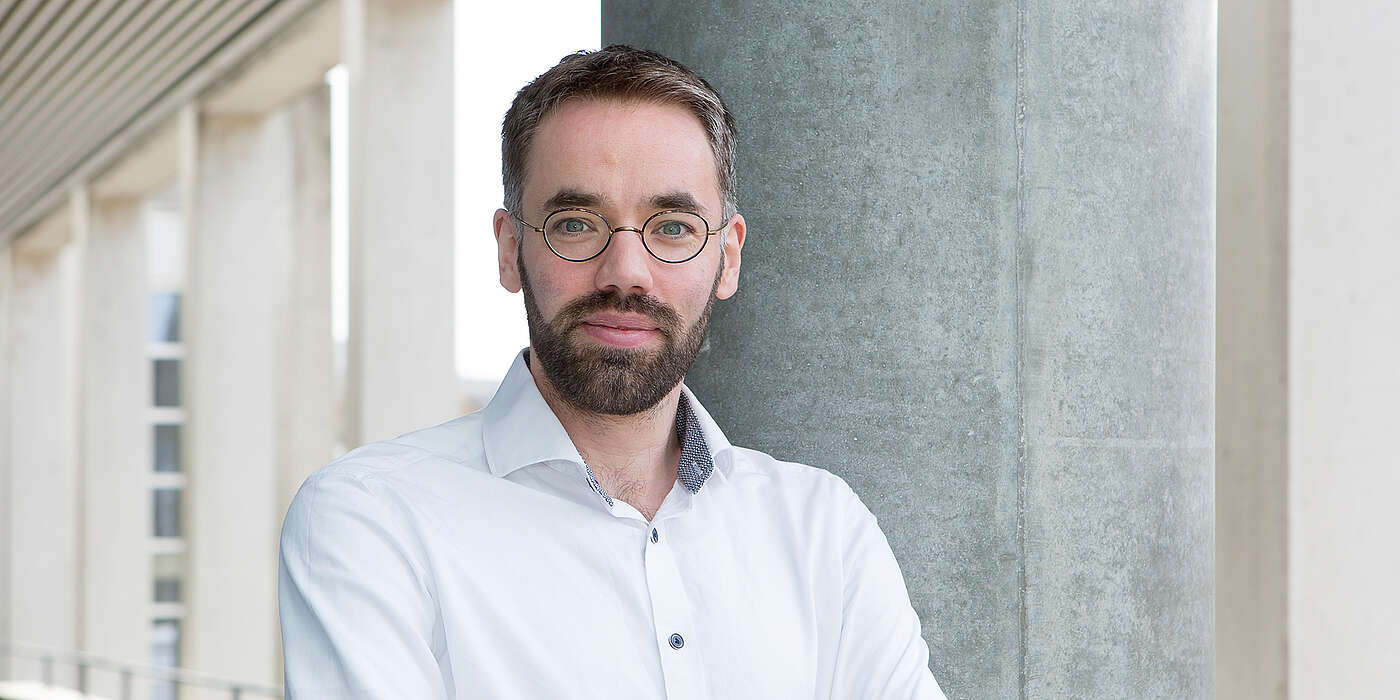 The European Research Council (ERC) today announced the recipients of this year’s ERC Consolidator Grants: A total of 327 applicants from all over Europe have been awarded this prestigious grant including Prof. Médéric Diard from the Biozentrum, University of Basel. In his project, the infection biologist will investigate the evolution of multidrug-resistant E. coli bacteria and their gut colonizing strategies. The knowledge gained will help in combating bacterial infections and antibiotic resistance by developing robust antibiotic-free biocontrol strategies.

ERC funding for research project “ECOSTRAT”
The rise of multidrug-resistant bacteria is one of the world’s most urgent public health problems. In the past years, multidrug-resistant E. coli bacteria, MDR E. coli for short, have been one of the leading causes of deaths attributed to antibiotic resistant bacteria in Europe. “We are interested in how these pathogenic bacteria evolve in order to develop new treatments. Our hypothesis is that certain traits conferred an evolutionary advantage to epidemic E. coli variants during the antibiotic era”, explains Médéric Diard. “In our ERC funded project we aim to identify these traits important for successful gut colonization of MDR E. coli and to explore the role of the intestinal microbiota, competitors and the immune system in this process.”

Understanding the general principles underlying intestinal colonization of multidrug-resistant E. coli will be essential for designing new treatment options shifting from classical approaches that rely almost entirely on antibiotics, towards antibiotic-free treatments based on competing bacteria displacing the pathogens.

Successful young principal investigator
In 2018, Médéric Diard started as a SNSF Professor at the Biozentrum of the University of Basel. He studied at the Paris Diderot University where he also earned his PhD in Microbiology in 2008. Prior to joining the Biozentrum, he worked as a lecturer in the group of Prof. Hardt at the ETH Zurich. For his scientific achievements he was awarded the 2017 Postdoctoral Prize for Microbiology of the Robert Koch Foundation and the Encouragement Award 2017 from the Swiss Society for Microbiology. His team is also part of a Multi-Investigator Project funded by the Botnar Research Centre for Child Health (BRCCH) and recently received a grant from the Gebert Rüf Stiftung to explore novel microbiota engineering strategies.

ERC funding for leading researchers
The ERC Consolidator Grants, a funding instrument within the EU Horizon 2020 program, are awarded annually to promising researchers with several years of experience to perform high risk and high potential research. Scientific excellence is the main criterion. In this round, the ERC received 2506 research proposals, out of which 13 percent will be funded. A total of 655 million euros will be provided for the research projects over a period of five years. This year, three researchers from the University of Basel and 21 researchers in Switzerland have been awarded with an ERC Consolidator Grant. The next deadline for proposals is 21 February 2021.

Médéric Diard
Ecology and evolution of the virulence of pathogenic bacteria