The BBVA Foundation Frontiers of Knowledge Award in the category Biology and Biomedicine goes in this twelfth edition to Prof. Michael N. Hall from the Biozentrum, University of Basel, and Prof. David Sabatini from the Massachusetts Institute of Technology, USA. The scientists have been awarded for discovering the mechanism that regulates cell growth. 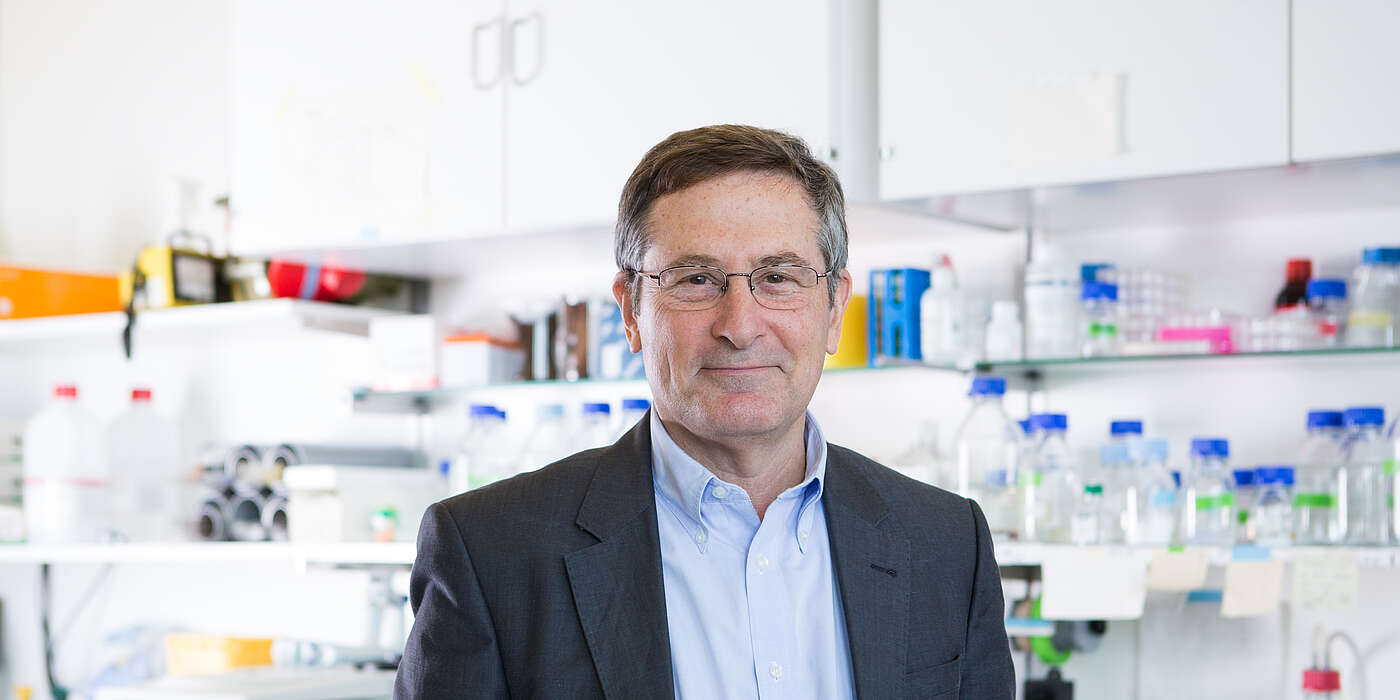 Today, the BBVA Foundation announced that Prof. Michael Hall from the Biozentrum of the University of Basel and Prof. David Sabatini from the MIT, USA, have been awarded the Frontiers of Knowledge Award in the category Biology and Biomedicine. The two laureates discovered that the mTOR signaling pathway is the major regulator of cell growth and plays a central role in physiology, metabolism, cancer and aging.

Recognition of research on cell growth regulation
Hall’s and Sabatini’s research shed light on the molecular mechanism driving the growth of organisms in response to nutrient availability. Their pioneering work have great clinical implications and provides key clues to understand why controlled fasting or caloric restriction promotes longevity, a phenomenon observed in numerous species since the last century.

“The function of the protein mTOR is to control cell growth,” explains Hall. “Cell growth is important not only after the fertilization of an egg, giving rise to a full organism, but also in other contexts, such as muscles getting bigger after exercise.”

“mTOR has a central role in the cell, so central that when it doesn’t work properly it can lead to many different diseases. Cancer is an obvious one, because it is a disease of inappropriate cell growth,” continues Hall. “And it was known early on that rapamycin had anti-cancer activity, so it has been developed as an anti-cancer drug and is used in the clinic. But what has also emerged in the last 10 or 15 years is that mTOR has a role in many other diseases including diabetes, as well as disorders like obesity.”

Biosketch Michael N. Hall
A Swiss citizen born in Puerto Rico, Hall completed his PhD in the Department of Microbiology & Molecular Genetics of Harvard University in 1981, followed by postdoctoral fellowships at the Pasteur Institute in Paris and the University of California, San Francisco. In 1987, he joined the Biozentrum of the University of Basel, where he has held the post of Professor of Biochemistry since 1992. He has authored almost 300 scientific papers, served on the editorial boards of various scientific journals and has been awarded numerous important prizes.

This news is based on the press release of the BBVA Foundation.