Mitochondria are the cell’s power stations that supply energy for the whole body. Their malfunction leads to illnesses such as diabetes, cancer or Parkinson’s disease. Researchers at the Biozentrum of the University of Basel and the Paul Scherrer Institute have gained new insights into the functioning of a nanomachine, which keeps these cellular power plants intact and healthy. 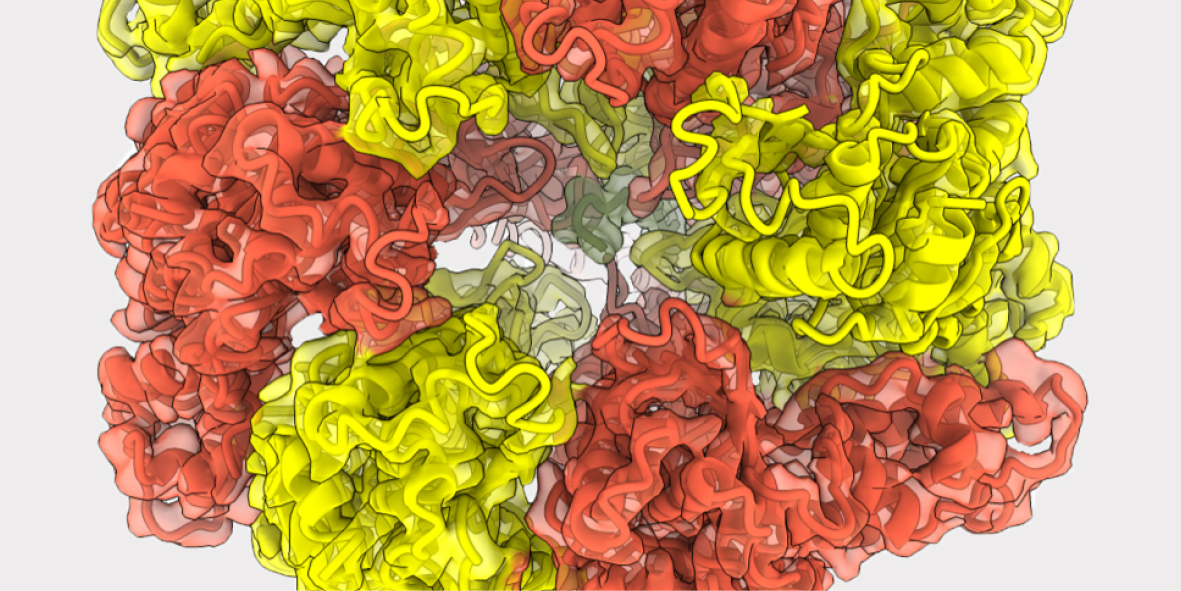 Architecture of the nanomachine LonP1, which keeps the mitochondria in the cell intact and healthy.

Every single cell of our body contains hundreds of tiny power plants, the mitochondria, which produce the energy required by the body, whether it be for walking, digesting or to ponder ideas. This inevitably generates dangerous free oxygen radicals as a by-product, which cause damage to proteins, the cell’s genetic material and even to the cell’s power stations themselves.

Mitochondria, however, have a wide range of protective mechanisms to remain healthy and productive. Using the nanomachine LonP1, they remove defective proteins from circulation. Researchers working led by Prof. Jan Pieter Abrahams at the Biozentrum of the University of Basel and the Paul Scherrer Institute have been able to observe these nanomachines in action for the first time. The study has recently been published in the scientific journal “Structure”.

Cellular power failure due to defective proteins
Defective proteins cause damage to the mitochondria and block energy production, with fatal consequences for the cell. LonP1 protects the mitochondria by rapidly removing such proteins. That fact that LonP1 deficiencies lead to cell death and its implicated role in several diseases such as epilepsy, cancer and myopathy and visual disorders highlights its significance for the whole organism.

The atomic structure of LonP1 and its mode of action have been elucidated by the scientists using high-resolution cryo-electron microscopy. “To achieve this, we had to shock freeze the protein in various stages and then collect numerous 3D images to create a movie,” explains Abrahams “Because LonP1 is a moving machine, just a single snapshot is not sufficient to see how this machine works. That would be like trying to work out how a horse runs from having only a single photo.”

Tug-of-war with a protein strand
The nanomachine consists of ring-shaped components, which recognize and unfold the unwanted proteins and then guide them into a large cavity where they are cut into fragments. “LonP1 untangles a protein by reeling in a loose end and, like in a-tug-of war, by hand-over-hand pulling along the extended protein strand,” explains the first author Inayathulla Mohammed. “As LonP1 tightly seizes the untangled protein stretches, it prevents them from sliding back and tangling up again. This is made possible by energy-dependent conformational changes within the LonP1 structure.”

Functional nanomachine – healthy mitochondria
This process known as the “ratchet mechanism” plays an important role in nature, as it turns disordered movements into directed transport. “Having elucidated its mode of action helps us to better understand how LonP1 can fulfill such a broad spectrum of tasks and why it plays such a vital role in mitochondrial maintenance and health.”