The Biozentrum congratulates the Swiss researcher Jacques Dubochet from the University of Lausanne, who has been awarded this year's Nobel Prize for Chemistry together with Joachim Frank (USA) and Richard Henderson (UK). The three scientists are honored for the development of cryo-electron microscopy, a method by which the composition of molecules can be reconstructed in 3D, and which the Biozentrum has used in its research for many years. 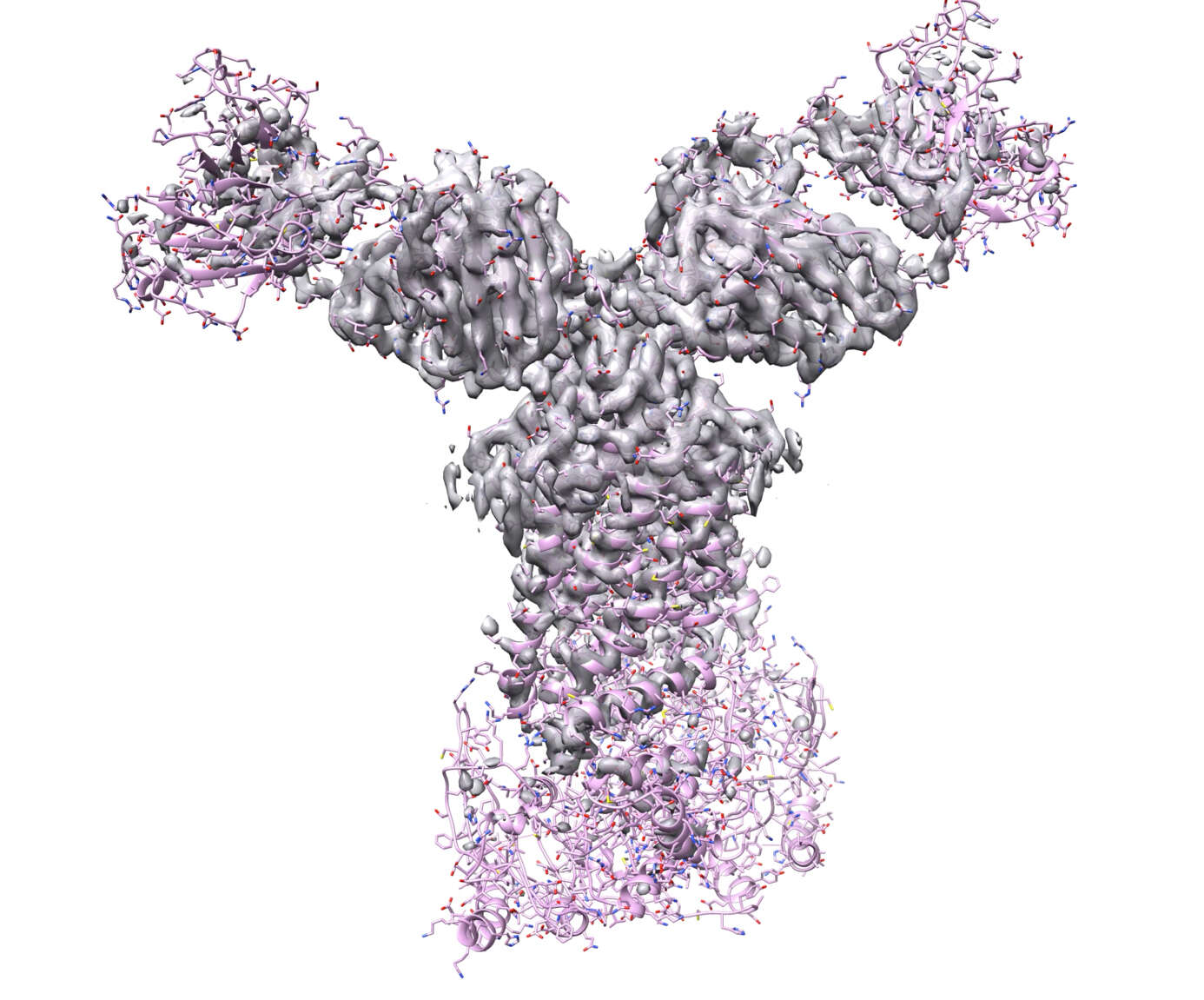 Figure of an ABC transporter membrane protein, which is inhibited by two antibody fragments, as studied with the help of cryo-electron microscopy (Taylor et al., Nature 2017).

"From 1971 to 1978 Jacques carried out research at the Biozentrum and in 1974 he received his PhD from Eduard Kellenberger, one of the founders of the Biozentrum of the University of Basel. To the very last, the two had a very close friendship," says Henning Stahlberg, former doctoral student of Jacques Dubochet in Lausanne, and Professor of Structural Biology at the Biozentrum of the University of Basel. "Of course, we are all celebrating and congratulating Jacques, a former doctoral student and postdoc of the Biozentrum, on the award of the Nobel Prize.”

“Electron microscopy per se is a relatively old technique that is capable since many decades to image individual atoms. However, for living structures this did not work, since they dried and decayed in the electron microscope. To overcome this problem, Jacques Dubochet invented the method of shock-freezing, in which biological cells and the molecules of life are frozen so fast that even the water in the cells does not crystallize. This freezing method is almost as if time would suddenly stand still. With such frozen samples in the electron microscope, the molecules of life can then be imaged as they really are," explains Henning Stahlberg.

The fact that Jacques Dubochet's inventions are now honored with the Nobel Prize for Chemistry in 2017 is a recognition for the entire research area: "Originally nobody believed that Jacques would be able to freeze molecules so that they remain intact and visible. It is thanks to his perseverance that he has made the impossible, possible. I am extremely happy for him, "says Henning Stahlberg.