The University of Basel awarded Prof. Randy Schekman, who has been closely associated with the Biozentrum for many years, an honorary doctorate at this year’s Dies academicus. In 2013, the biochemist was awarded with the Nobel Prize in Physiology or Medicine. 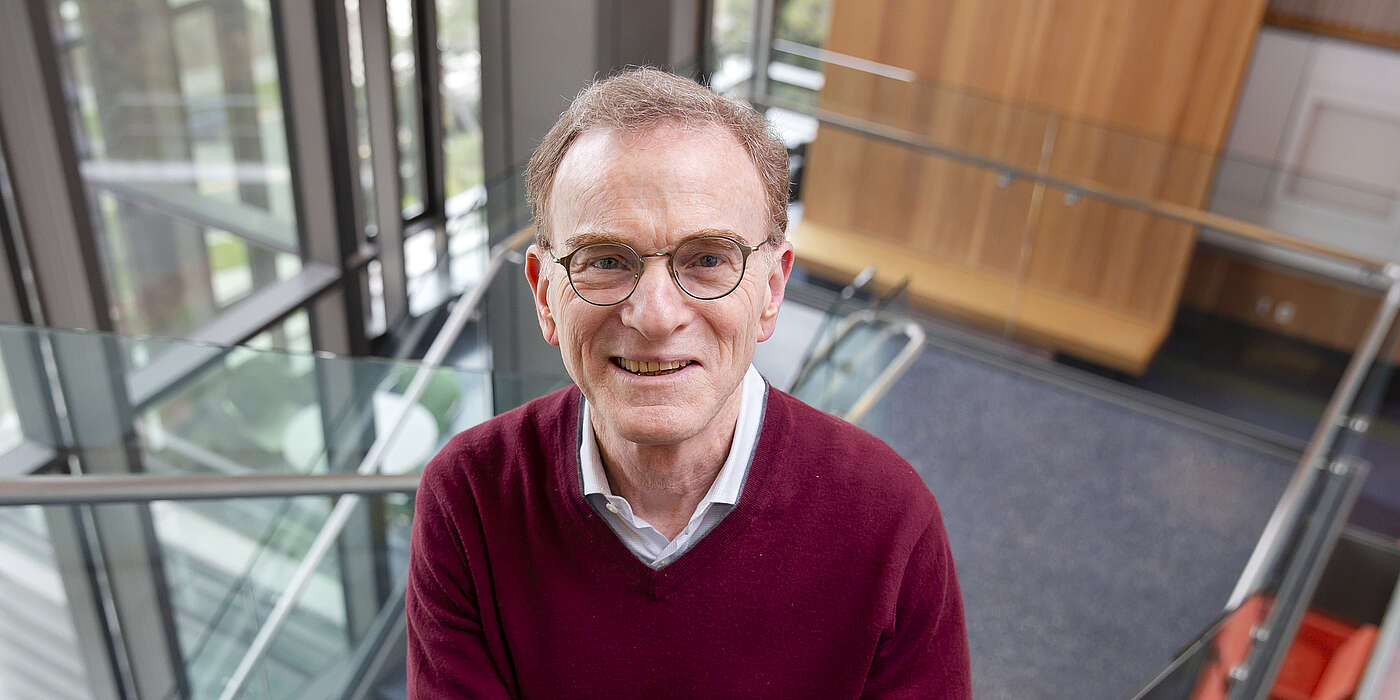 Each year at the Dies academicus, the University of Basel awards honorary doctorates to deserving personalities from academia and society. On 29 November 2019, Prof. Randy Schekman was given the title of “Doctor honoris causa” in a festive ceremony. The presentation of the insignias took place in the traditional professor academic regalia. With the honorary doctorate the Faculty of Science recognizes his significant scientific achievements as well as his long-time commitment to the Biozentrum and the University of Basel.

Randy Schekman is Professor of Cell and Developmental Biology at the University of California in Berkeley and a Howard Hughes Medical Institute investigator. He studied molecular sciences at the University of California, Los Angeles, and received his PhD from Stanford University in 1975. Schekman’s initial contact with the Biozentrum was in the early 1980s, when he joined Prof. em. Gottfried Schatz’s lab for a sabbatical. He also was a member of the Scientific Advisory board for many years, supporting the Biozentrum in an advisory capacity.

During his career, Schekman received many distinguished awards, including the Albert Lasker Award for Biomedical Research, the Otto Warburg Medal as well as the Gairdner Foundation International Award. In 2013, he was awarded the Nobel Prize in Physiology and Medicine together with James Rothman and Thomas Südhof. The three researchers deciphered the sophisticated packaging and transport machinery in our cells. This process is responsible for the logistics, which ensures that the cellular “cargo” arrives at the right place at the right time. As a tireless advocate of Open Access and transparent peer review of scientific work, he founded the online open access journal “eLife” and served as Editor-in-Chief for several years.

Along with Randy Schekman, six distinguished personalities from politics economy, science and society received honorary doctorates from the University of Basel. A number of other awards were also presented at the Dies academicus, including the University prizes, the faculty prizes for young scientists and the Alumni Prize.