Prof. Knut Drescher and Anissa Kempf have been appointed new Professors by the Biozentrum of the University of Basel. Knut Drescher studies the collective behavior of bacteria and the communication in bacterial communities. The neurobiologist Anissa Kempf investigates why we sleep and how neurons in the brain control sleep. 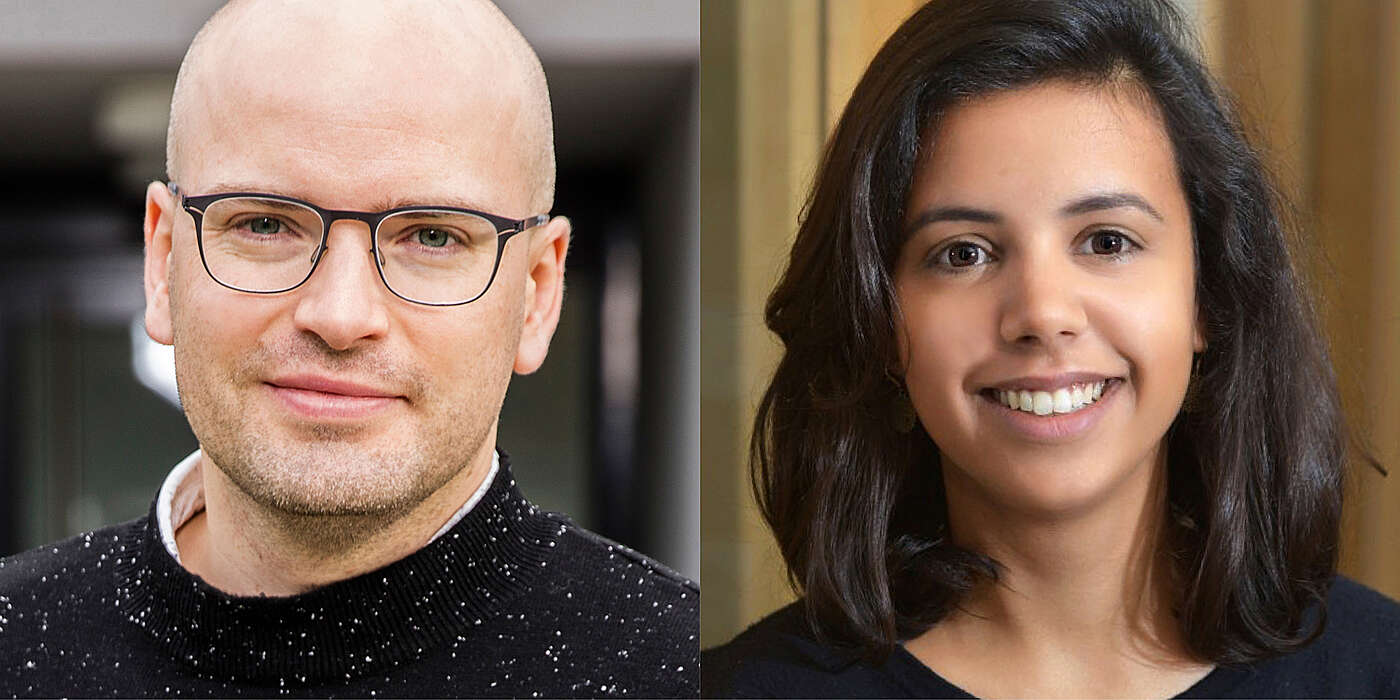 Biofilm research
Knut Drescher, born 1983, studied physics, majoring in theoretical physics, at the University of Oxford and, in 2011, earned his PhD in experimental biophysics at the University of Cambridge, UK. As a postdoc at Princeton University, USA, he moved into microbiology and began investigating bacterial communities, known as biofilms. His excellent scientific achievements are reflected in numerous awards, including three science prizes last year. He has also received several research fellowships as well as one of the coveted Starting Grants from the European Research Council (ERC).

As a biophysicist working in the field of microbiology, Drescher thinks across scientific disciplines: He combines biological processes with physical principles to understand how bacteria organize themselves, interact with each other and form resistant biofilms. Drescher’s findings may reveal new ways of preventing or dissolving biofilms. Since biofilms also develop on surfaces of medical devices, catheters or implants, they are a major problem in hospitals.

The mystery of sleep
Anissa Kempf, born 1984, studied biology at ETH Zurich and was awarded the Willi Studer Prize for the best Master of Science in Biology. After completing her PhD under the supervision of Prof. Martin Schwab at ETH Zurich, she joined the group of Prof. Gero Miesenböck at the University of Oxford as a postdoctoral fellow to study the molecular basis of sleep in fruit flies. Anissa Kempf has been awarded numerous research fellowships, including long-term fellowships from the European Molecular Biology Organization (EMBO) and the Swiss National Science Foundation (SNSF), and a Fulford Junior Research Fellowship from Somerville College, University of Oxford.

Each night we disconnect ourselves from the world, yet the biological function of sleep remains unknown. To tackle one of the greatest biological mysteries, Anissa Kempf seeks to understand how the brain measures the amount of awake time and how the brain regulates sleep. Recently, she has discovered that the accumulation of free oxygen radicals in the mitochondria, the powerhouses of the cell, increases the activity of a specific group of neurons and thus induces sleep. In the future, Kempf wants to investigate how mitochondrial metabolism is used to measure awake time, and ultimately how it controls neuronal activity and sleep-wake cycles.

Anissa Kempf
Deciphering the molecular basis of sleep and tiredness