Protein variations that result from the process of alternative splicing control the identity and function of nerve cells in the brain. This allows organisms to build a highly complex neuronal network with only a limited number of genes. The study describing a detailed map of neuronal splicing conducted by Prof. Peter Scheiffele's team at the Biozentrum, University of Basel, has now been published in "Nature Neuroscience". 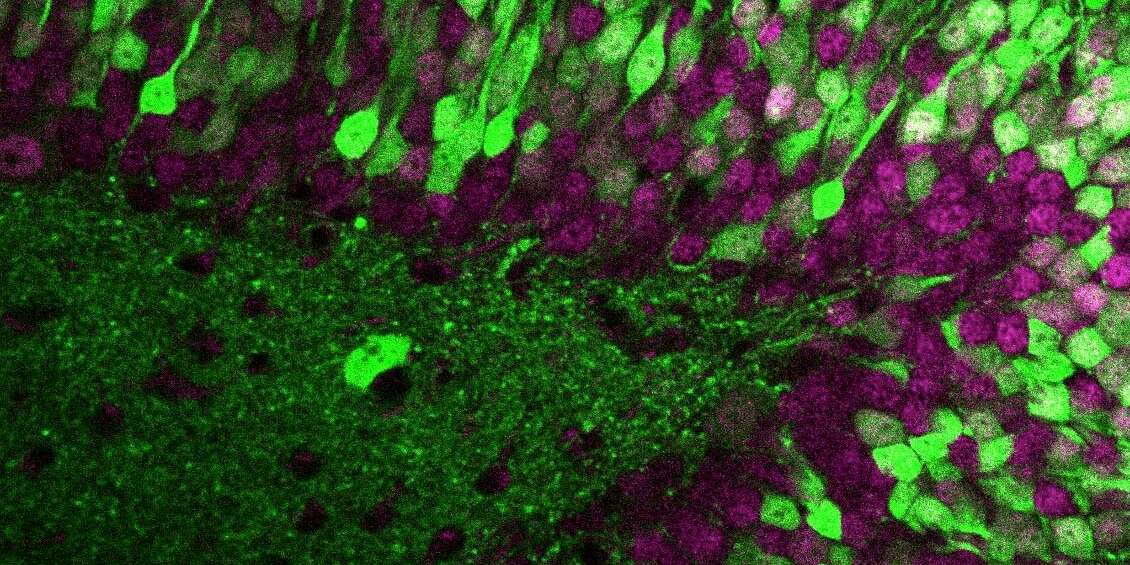 Protein variants shape wiring of nerve cells in the brain.

Our brain consists of hundreds, if not thousands, of different types of nerve cells that control our brain functions due to their individual characteristics. But how do the different cell types manage to develop their diverse traits? In a genome-wide analysis, the team led by Prof. Peter Scheiffele at the Biozentrum, University of Basel, has now discovered that alternative splicing leads to a broad range of variants of individual proteins, which ultimately allows to distinguish types of nerve cells.

These repertoires of splice variants significantly shape the identity and function of nerve cells. “Although all neuronal cell types contain the same set of genes, even closely-related cell types produce different splice variants," explains Scheiffele. In particular, proteins located at the neuronal contact points – the synapses, which mediate the transmission and processing of information – are extremely diverse. Thus, the splicing process also controls the function of the neuronal circuits in the brain.

Data platform for scientists
The generation and analysis of the extensive data sets is part of the EU-funded project “SPLICECODE”. In collaboration with the "Center for Scientific Computing" (sciCORE), a user-friendly website has been set up which allows scientists worldwide to investigate the role of individual splice variants in brain function.