Bacteria are considered to be true experts in survival. Their rapid adaptive response to changing environmental conditions is based, among other things, on two competing signaling molecules. As the “Yin and Yang” of metabolic control they decide on the lifestyle of bacteria, as reported in “Nature Microbiology” by researchers from the Biozentrum of the University of Basel. 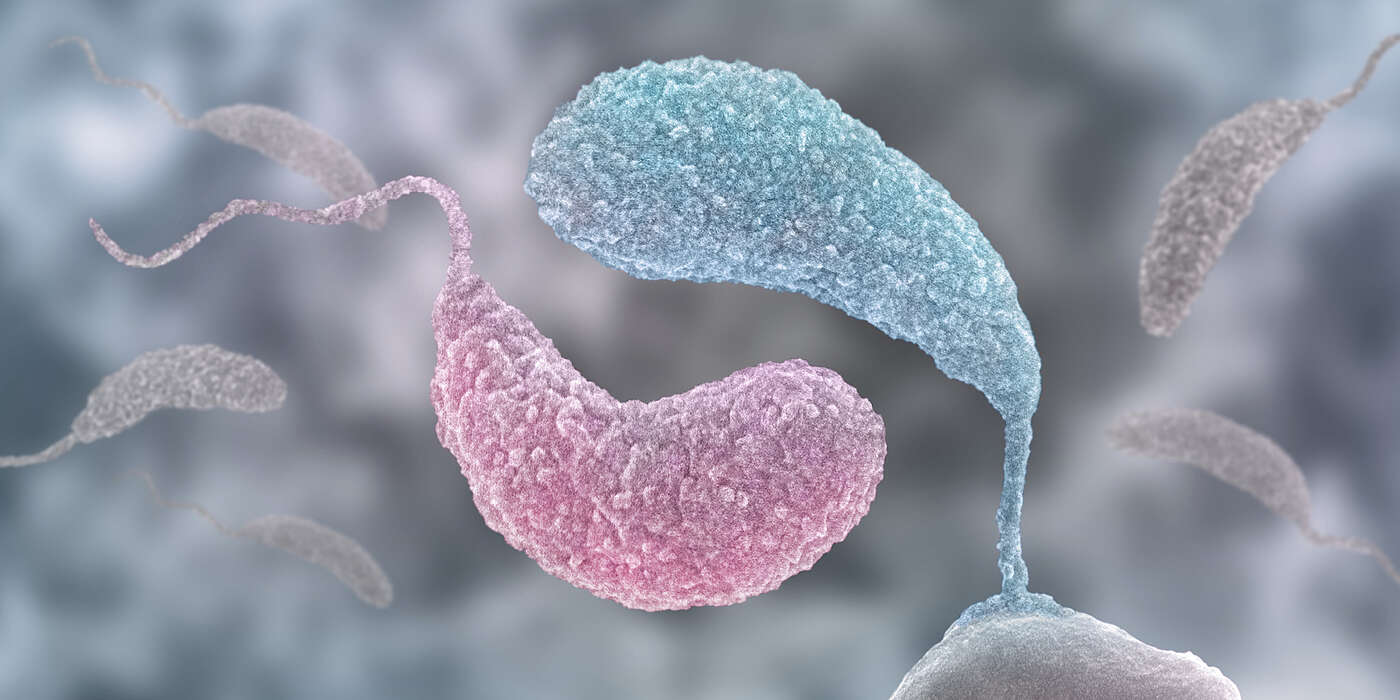 Whether they are pathogens, deep-sea microbes or soil-dwelling organisms, in order to survive, microorganisms must be able to adapt rapidly to diverse changes in their environment, including nutrient depletion. Bacteria owe their extraordinary ability to quickly adjust to adverse living conditions to small signaling molecules.

Scientists led by Prof. Urs Jenal and Prof. Tilman Schirmer from the Biozentrum, University of Basel, have now discovered that bacteria use two chemically related signaling molecules to adapt their lifestyle to the prevailing living conditions. Like Yin and Yang, the two molecules embody two forces that control bacterial growth and metabolism reciprocally.

Bacterium with two different lifestyles
The researchers investigated the antagonistic nature of the two signaling molecules ppGpp and c-di-GMP in the cell using Caulobacter crescentus as a model organism. This bacterium can slip into two different roles: It can be found in a free-swimming form that is unable divide and in a surface-attached, reproductive state. Both the lifestyle and the environmental conditions are reflected in the concentration of the two signaling molecules. This information is detected by a protein that binds both signaling molecules and acts a molecular switch, controlling growth, metabolism and lifestyle of the bacterium.

Signaling molecules determine bacterial way of life
The signaling molecules ppGpp und c-di-GMP compete for binding to the master switch. “In swarming bacteria with high levels of ppGpp, the protein is switched on; it is active,” explains Urs Jenal. “In this state, glucose consumption is in full swing. Simultaneously, the resulting harmful oxygen radicals are efficiently neutralized.” This ensures, that metabolic reactions adapt to the high energy demand of the motile swimmer cells and cell damage is averted.

Under favorable living conditions, providing sufficient nutrients, the level of c-di-GMP increases constantly, forcing the swimmer to develop into a sessile form. “In this case, c-di-GMP displaces ppGpp from the protein’s binding pocket, it changes its structure and turns itself off,” says Jenal. “This redirects metabolic reactions allowing bacteria to settle, grow and reproduce. The production of building blocks for the cell is boosted along with adhesive substances for surface attachment.”

Large regulatory networks are interconnected
With the molecular master switch, the scientists have discovered the link between two large regulatory networks, which until now have been thought to operate independently. Although Caulobacter is a harmless environmental bacterium, the newly uncovered “Yin and Yang” mechanism could also play an important role in pathogens.

This may prove to be of key importance, as both ppGpp and c-di-GMP influence bacterial virulence and persistence as well as antibiotic resistance in different ways, thus influencing the course of many infections.