Prof. Marek Basler from the Biozentrum, University of Basel, is one of three scientists to be awarded this year’s Sanofi-Institut Pasteur International Junior Award. With this prize, the jury honors his research on a bacterial injection apparatus, which plays a role in infectious diseases as well as in shaping the composition of bacterial communities. 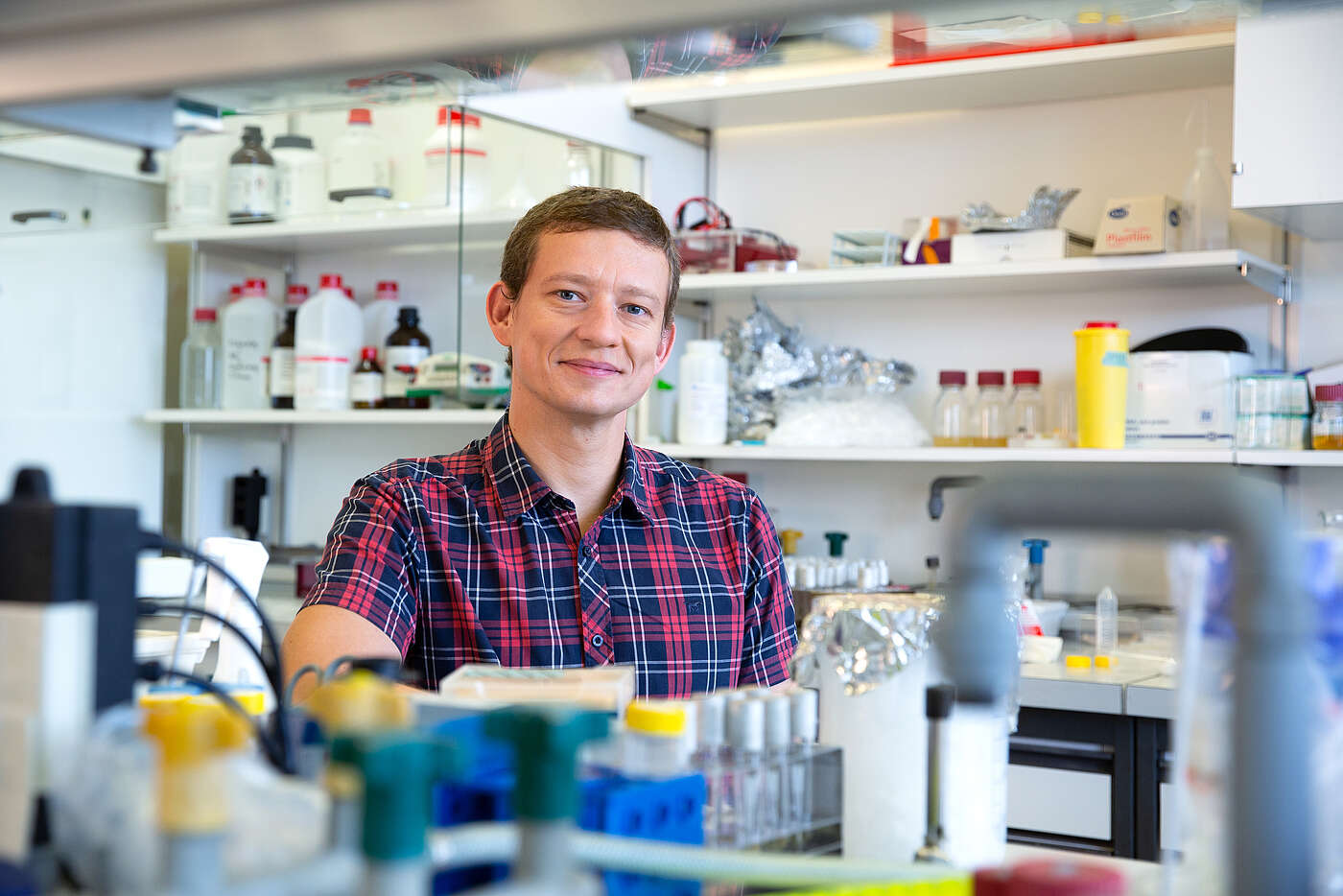 The distinguished jury announced that Prof. Marek Basler from the Biozentrum, University of Basel, will receive the Sanofi-Institut Pasteur International Junior Award this year together with Prof. Ido Amit, Weizmann Institute of Science, and Prof. Andrea Ablasser from the EPFL. The prize is awarded annually to recognize scientists for their outstanding work demonstrating important scientific progress in the field of life sciences. The three international junior awardees are rewarded with a total of 100.000 euros to support their research.

“I would like to thank the jury for such an exceptional recognition of our work! It is a great honor to receive this award,” emphasizes Basler. “Most importantly, I want to thank the current and former lab members for their fantastic contributions and my colleagues at the Biozentrum for the continuous support.” Basler has been recognized for his research on the structure, assembly and mode of action of a bacterial nano-machine, the so-called type VI secretion system (T6SS). His work has impacted research in many areas of microbiology, such as pathogenesis and microbial communities. The presentation of the awards took place during a festive ceremony on December 12, 2019 at the Institut Pasteur in Paris.

T6SS – a versatile tool
The T6SS nanomachine is a widely used export system found in a variety of bacteria, including many pathogens such as the cholera causing pathogen, Vibrio cholerae. Various bacteria use these nanosized spearguns to fight competitors or invade host cells. Using the T6SS, they inject a cocktail of toxic proteins into other cells and putting them out of action. Basler's team has gained a comprehensive insight into the structure and function of the T6SS.

Furthermore, Basler and his team have been able to show the wide use of the nanomachine in the microbial world: It helps bacteria to conquer new ecological niches, enables them to access the genetic material of rivals and to free themselves from the captivity of human defense cells. With the newly gained insights into the T6SS assembly, regulation and function, the scientists can better understand how pathogens cause infections. The findings also provide clues for the search for new antibacterial targets.

Career of the infection biologist
Marek Basler, Professor at the Biozentrum since 2013, studied biochemistry and microbiology at the University of Chemistry and Technology and Institute of Microbiology, CAS, in Prague and received his PhD from the Czech Academy of Sciences in 2007. Prior to coming to Basel, he was a postdoctoral fellow at the Harvard Medical School in Boston, USA. The young scientist has already received several awards including the Friedrich Miescher Award and the EMBO Gold Medal. He was named an “EMBO Young Investigator” and has been supported with an EMBO Long-Term Fellowship, as well as a SNSF Starting Grant.