The Senate of the University of Basel elected Torsten Schwede as its new Vice President for Research. Schwede is currently professor of bioinformatics at the Biozentrum of the University of Basel and a member of the Executive Board of Directors at the Swiss Institute of Bioinformatics (SIB). On August 1, 2018, he succeeds Edwin Constable, who will return to the Department of Chemistry after a seven-year term to devote himself to new research projects. 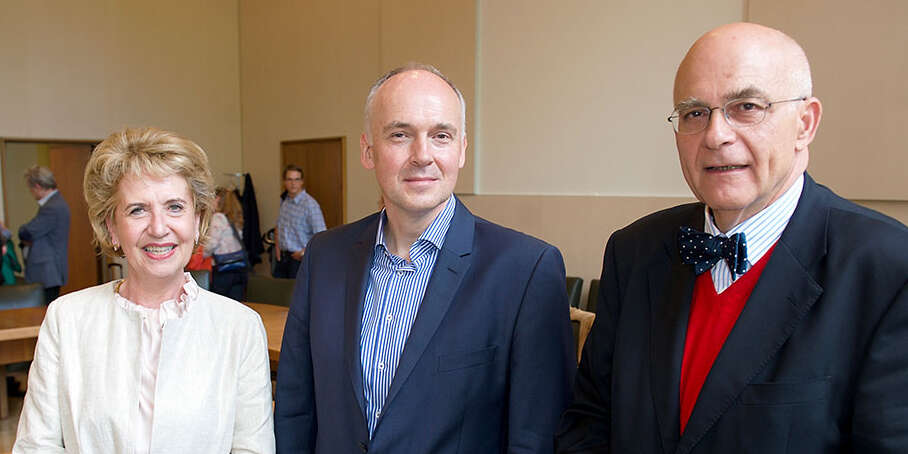 Torsten Schwede has been appointed the new Vice President for Research at the University of Basel. The University Council has approved this election.

Schwede studied chemistry in Bayreuth and completed his PhD in structural biology in Freiburg, Germany. He then worked as a postdoctoral researcher at GlaxoWellcome in Geneva (later GSK) before he was appointed tenure-track assistant professor of structural bioinformatics at the Biozentrum in Basel in 2001.

Since 2002, Schwede has been a group leader at the SIB Swiss Institute of Bioinformatics. In 2007, he was promoted to associate professor and, in 2014, to director of sciCORE, where he is responsible for the central infrastructure for scientific computing at the University of Basel. As chairman of the Scientific Expert Board and director of the Data Coordination Centre of the Swiss Personalized Health Network (SPHN), Schwede is committed to the development of research in the field of personalized health and medicine in Switzerland.

The current Vice President for Research, Edwin Constable, is leaving the President’s Board after seven years in office. He departs one year before the end of his second four-year term to devote himself to new research projects, which must be launched in 2018 to be completed before he retires. In the fall semester of this year, Constable will resume his professorship at the Department of Chemistry at the Faculty of Science.