Prof. Silvia Arber, neurobiologist at the Biozentrum, University of Basel, and the Friedrich Miescher Institute for Biomedical Research (FMI) and new co-director of the FMI, has been awarded the International Prize 2018 of the Fyssen Foundation. Arber has received this recognition for her investigations on the development and function of neuronal circuits involved in motor control. 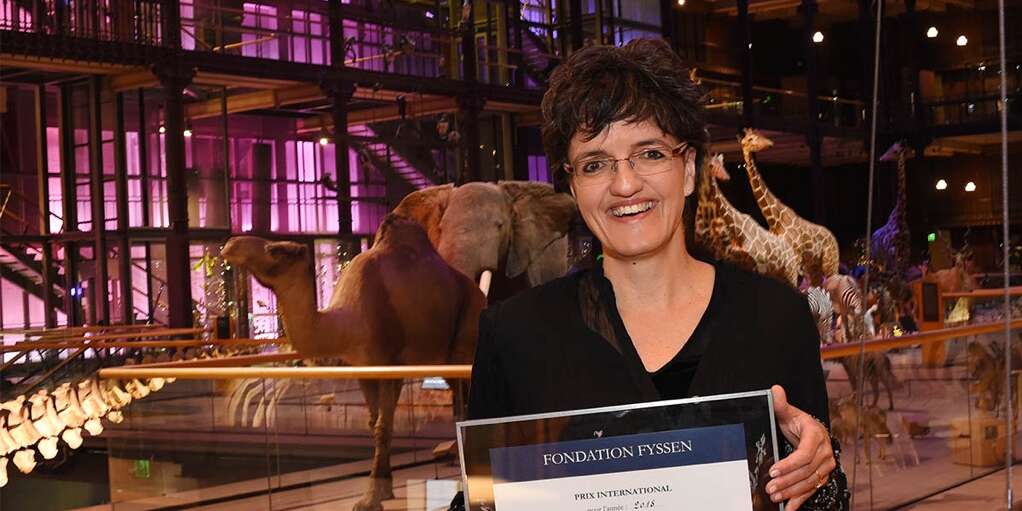 With the International Prize 2018, the Fyssen Foundation honors Silvia Arber from the Biozentrum, University of Basel, and the Friedrich Miescher Institute for Biomedical Research for her scientific achievements in the field of neurobiology. "Her research has significantly advanced our understanding of neuronal circuit organization and function, both at a cellular and molecular level" states the Foundation. The International Prize, endowed with Euro 60.000, is awarded annually to an internationally recognized scientist. The award ceremony took place on March 22, 2019, in the Grande Galerie de l'Evolution, Paris.

Architecture of Neuronal circuits – from synapses to cognition
Silvia Arber, one of the world’s most prominent neurobiologists, is a leading figure in the study of neuronal circuitry controlling motor behavior. Her research on the assembly, structure and function of motor circuits has resulted in fundamental contributions to our understanding of the organizational principles of the motor system including the spinal cord and the brainstem. Silvia Arber has received numerous major awards, including recently the Pradel Research Award 2018, the Louis-Jeantet Prize for Medicine 2017 and the Otto Naegeli Prize 2014.

International Prize of the Fyssen Foundation
The aim of the Fyssen Foundation is to support all forms of scientific inquiry in the field of cognition, including thought and reasoning, which underlie animal and human behavior, in particular, their biological and cultural bases and phylogenetic and ontogenetic development. The International Prize is awarded annually to a scientist who has conducted distinguished research in one of the areas supported by the Foundation including ethology, paleontology, archaeology, anthropology, psychology, epistemology, logic and the neurosciences.